HOW SUPPLY CHAIN 3.0 CAN LEAD TO TANGIBLE BUSINESS BENEFITS (Part 2 of 6)

I have set the scene in the first entry of this blog series. Things are changing, moving, and old business models are not working anymore. That is why I proposed even a new organisational model in my book The 5-STAR Business Network from which some of the following excerpts are taken with modifications.

It is a well-known aphorism in the circles of architecture that form follows function. In other words, the structure of a particular unit, in general, evolves to facilitate the functioning of that unit. Moreover, if the form does not match the function, the structure will change or the function changes over a period of time.

While conducting research, we examined the organisational structure of more than 50 companies; almost all of them looked variations of the generic structure given in the figure below: 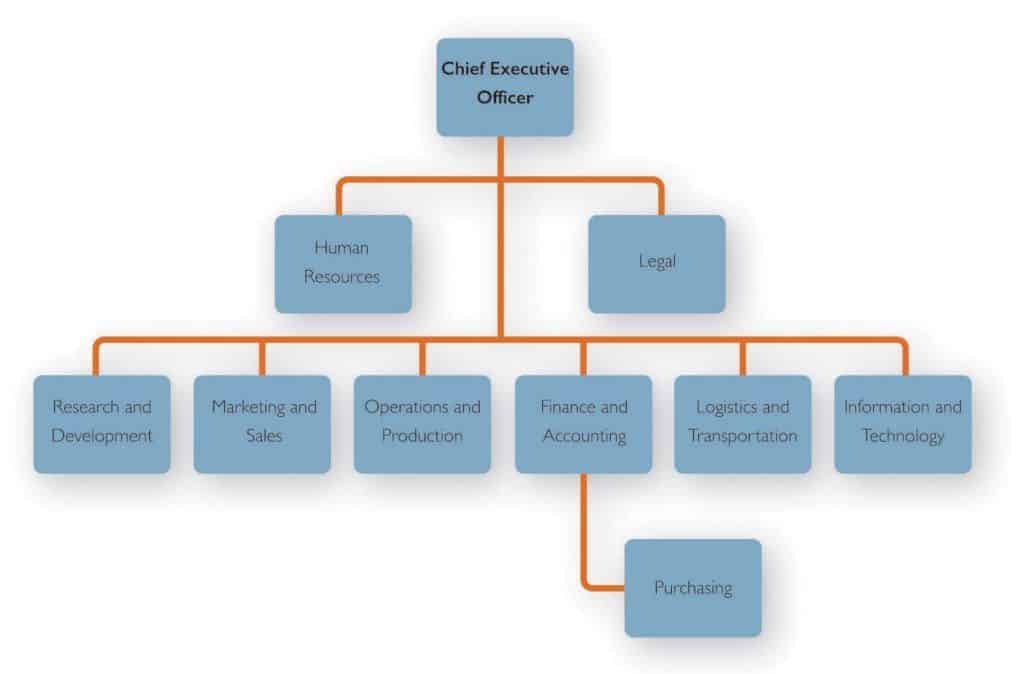 The titles in the boxes, as well as placement of the boxes, vary quite a bit; however, most companies still agree this is the best way to look at how they are organised to serve their customers’ needs.

At the same time, most of these companies have evolved within the last 2 decades; their functioning has become almost entirely customer centric with their customers’ priorities driving most of the business workings.

In our work with corporations, I have frequently found that the supply chain structure frequently results in limiting the effectiveness of the organisation. The traditional structure of the organisation shown above frequently stifles customer responsiveness and innovation. In the modern outsourced-globalised world, a traditional structure with very strict hierarchies and internal walls between departments is a hindrance rather than an aid for achieving success in business.

In today’s hypercompetitive world of consumer electronics, Apple is a standout among peers as great as Sony, Samsung, Panasonic, Motorola, Nokia and Dell. With convergence, all of these companies are vying for their share of consumer wallets with increasingly similar looking products which do similar things. What did Apple do that its market value now nearly surpasses Microsoft’s? How did it manage to get over entrenched competitive advantage of companies such as Sony, Motorola or Nokia?

Your organisation chart is the wrong model for your business

Our work in global supply network strategies and supply network design has convinced us that a modern distributed organisation needs to look at redesigning its explicit structure to keep up with the realities of the modern world. The business world has changed tremendously in the last 20 years.

A typical supply chain now runs across multiple continents seamlessly, through boundaries of several organisations, to finally serve a customer with a unique product. To do so, organisations have created de facto structures, which are far different from the traditional structures that they have put in their organisation charts.

The purists might argue that this does not really matter if the organisations are already acting in accordance with a de facto structure – an argument which holds some merit. However, people who make up an organisation respond to the explicitly shown structure with much more enthusiasm and clarity that to a de facto or mutually understood structure.

I believe that organisations should formalise their de facto structures and use them to gain further competitive advantage. For this purpose, we have created the following model: 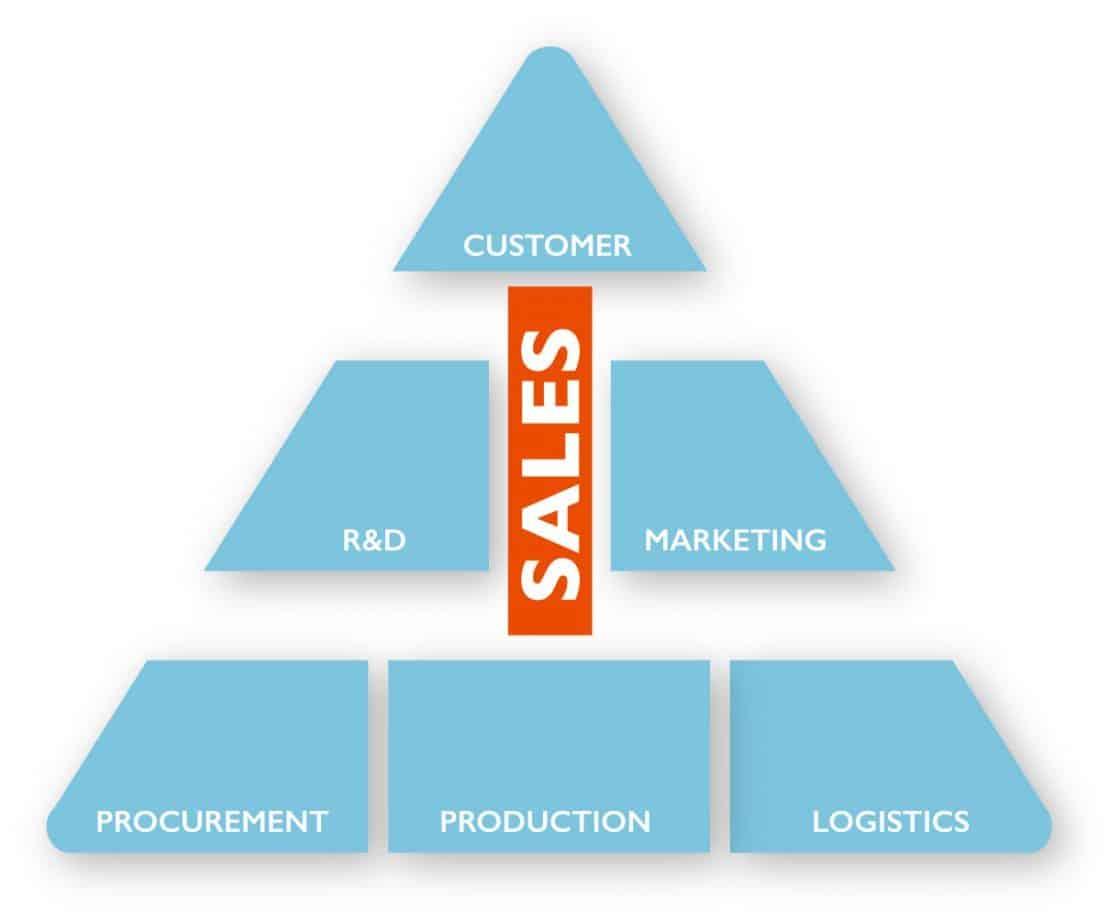 The function of the sales team is to have intimate understanding of the customer needs, customers’ usage of its products and their demographics, psychographics and profile. Only then can an organisation create successful products, which will gain wider acceptance in its customer base.

Forming the second tier is the foundation of the organisation – the supply chain, which incorporates procurement, production and logistics. They are the support base or the backbone of the organisation, which are frequently outsourced either to single provider or to a multitude of ‘best-of-breed’ providers around the world in such a way that the customers’ needs are met seamlessly without any visibility of where any of these activities are actually carried out. It is interesting to note that this customer centric model merely illustrates the actual structure that most modern organisations have evolved into.

What’s surprising is that most business schools and management theories are still persisting with outdated organisational models of 80s and 90s, which bear no resemblance to the actual way businesses are choosing to structure their organisations. Please read the next entry in the series to find out how models of supply chains have evolved.