Does Your Company Have Second-Class Citizens?

The Art of Harmonious Re-Balancing the Supply Chain

Many years ago, I was engaged in a strategic transformation project in a mid-size airlines. For some curious reasons the airline was of critical importance to the national economy and occupied a very high position in the national political totem pole. Thus, almost every occurrence, every AOG (aircraft-on-ground, an emergency) and every ATB (air-turn-back, a bigger emergency) was part of the national TV and financial journal news. These AOGs and ATBs were so numerous that under pressure from the political masters who called the shots, the company had to start a full-fledged strategic transformation project. While conducting the initial diagnostic, I was intrigued to notice an extremely low morale within the engineering department. Despite very high quality of training, and abundance of very expensive tooling and parts, most of these highly qualified aircraft engineers were almost constantly running from AOG to AOG (one emergency to next). Even the corridors were gloomy, poorly lit and had oil residues. Yet, whenever I crossed over from the engineering department to the flying staff, the mood changed diametrically. Most of the pilots were very upbeat, the corridors were luxurious, well lit and thickly carpeted. It appeared as if the airline had two type of citizens – first class citizens who were the pilots and the second class citizens who were the engineers and the rest. Over time, the resentment to this class structure had built up to an extent where the second-class citizens were either apathetic, or perhaps even somewhat antipathetic. Today, while reading Ed Catmull’s book Creativity, Inc: Overcoming the Unseen Forces That Stand in the Way of True Inspiration about the story of startup of Pixar (the maker of Toy Story and many other blockbusters, which was sold by Steve Jobs to Disney for around $4Billion), I came across a similar theme. Here is how Ed describes it:

” Now, though, as we assembled the crew to work on A Bug’s Life, I discovered we’d completely missed a serious, ongoing rift between our creative and production departments. In short, production managers told me that working on Toy Story had been a nightmare. They felt disrespected and marginalized—like second-class citizens. And while they were gratified by Toy Story’s success, they were very reluctant to sign on to work on another film at Pixar. 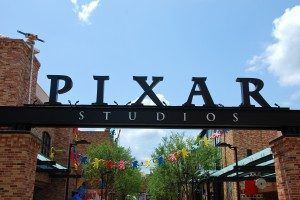 I was already captivated by idea – I had noticed it earlier too, in many other companies though not to such a stark extent as the airlines example quoted above. In a hospital, I had observed that doctors were the first class citizens and the rest of the staff were second class citizens. In a steel manufacturing company, I had noticed that metallurgical engineers were the first class citizens. In a chemical company, the sales engineers who worked closely with the customers’ engineers had the most say. In one mid-size meat and livestock company, five out of top seven positions were occupied by people holding a PhD in veterinary sciences. I could probably recall dozens (or more) of such examples in a great deal of detail. In fact, coming from a prior background in the shipping industry, I could relate to this syndrome. In most shipping companies, Marine Engineers (not the Captains) carried most of the weight; they were responsible for spending (or saving) the most money on parts and maintenance. Thus, owners were always very focused on working closely with the engineers to minimize the costs. Interestingly, most airlines have not yet cottoned on to this fact, or the pilots’ unions are far too strong to do anything about it. To a large extent these biases are only natural, and to be expected. Yet, in many places they get excessive and dysfunctional. In many of the instances quoted above, the companies were a victim of such an occurrence (because that is why they were so easy to recall).Here is how Ed describes the situation in him company:

” If there was one thing we prided ourselves on at Pixar, it was making sure that Pixar’s artists and technical people treated each other as equals, and I had assumed that same mutual respect would be afforded to those who managed the productions. I had assumed wrong. Sure enough, when I checked with the artists and technical staff, they did believe that production managers were second class and that they impeded—not facilitated—good filmmaking by overcontrolling the process, by micromanaging. Production managers, the folks I consulted told me, were just sand in the gears.

Ed’s book is a good story, and worth reading. He describes in detail how he got these problems ‘sorted-out’ and got the team for the second film organized. And, the rest is history. Slight adjustment of the balance, in most of the cases here, changed the entire organizational dynamics to a very large extent. In the case of the airlines quoted at the beginning, a new role of Chief Operations Officer who was responsible for both the flying staff, and the engineering staff managed to create that balance. Without such a re-balancing act (by whatever means), all the rest of process re-engineering, planning, control, cost management and six-sigma etc. may not have yielded meaningful results. Similar slight re-balancing achieved the end goals in most other such cases too.

In order to keep this blog post short, I will not go in my views on how these biases (or imbalances) build up, and remain unrecognized despite leading to massive dysfunction (consider the airlines story above); as well as how to know when they are becoming excessive and how to achieve a harmonious re-balancing. Suffice it to say here that one should keep an eye on them, lest the company, blinded by its own single-minded brilliance, goes the way of Enron. Notes: