In the previous blog in this series I wrote about the Brazilian soccer teams transformation from an individualistic style of play to a network style game.

In early 90s, more than two decades since the last World Cup championship title and Brazil faced an interesting juxtaposition – continue with what led to past success of PELE and his peers, or move on with the new rules of the game.

The new rules were clear – minimise the individual wizardry of foot play, dribbling and nimble dexterous touches, and replace these with the power-play of networks of players moving in formations to conquer the opponents by outwitting them, by outsmarting them, and by outnetworking them using a better method. Having lived and worked in South America – Chile, Argentina and Brazil in early 90’s I witnessed this transformation and saw how Brazilians successfully lifted the cup in 1994.

Many other South American teams continue to struggle between the past and the future, despite the knowledge and example of Brazil’s successful methods. Uruguay, Chile and Colombia come to mind as good examples.

What keeps them from making a full transition to the future method? That is a topic for a future blog post.

In this blog I am thinking about another sport which I personally played growing up in Punjab, India. 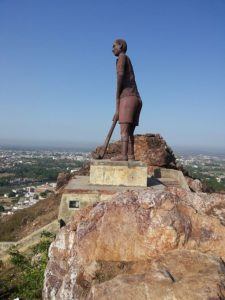 Just as success stories provide impactful learning opportunity, stories of failure are sometimes provide even bigger learning opportunities. Seeing where others fall, the traps and landmines they encounter can also guide you to the right path. Take the story of India’s hockey for instance. I grew up in India which was mad with field hockey at that time.

And for a good reason.  Believe it or not, at one stage India was the top team in field hockey in the world. In fact, the boarding school I went to in Punjab was in a Maharaja’s palace, not very far away from a dusty village which had the unique claim of having sent 5 out of 11 national hockey players who won the a gold medal for India.

The peak of India’s hockey was from 1928 to 1956, during which six consecutive Olympic gold medals were brought home.  Their exploits were legendary. Even today you can talk to the Indian hockey affectionados – or simply google the name Dhyan Chand – to get a flavour of what I am talking about.

However, at some point in the early 50s, the nature of hockey started changing. The grass field was replaced with Astroturf; the wooden hockey sticks were replaced with the ones made of composite fibre or other man-made material. As it happened to soccer, the way of playing hockey was also changing from individual wizardry with a stick to network of players playing in formations, passing a ball rapidly to each other in order to outwit their opponents.

For a multitude of reasons, Indian hockey players, coaches, administrators and other staff members never managed to get their act together. Many said it was a lack of commitment, pure ignorance or a rest-on-laurels attitude. I still remember training for hockey at a young age where the coaches emphasised individual skill, practice and dedication over formations, teamwork and game-plans.

In their mistaken belief that what worked in the past will also work in the future, they continued to tell us legends about individual players practicing barefoot for whole nights in the moonlight with misshapen wooden sticks. The Indian Hockey Federation (IHF) did not encourage practicing or even building Astroturf facilities.

Moreover, instead of having the will to change, there seemed to be more of the will to blame. Fingers were pointed without any point made or scored. Even though still considered as a national sport, field hockey has failed to capture its own golden age essence and the glory seems to have been transferred to cricket.

From being a default player in every final of hockey, India is nowhere to be seen on the world’s hockey map today. So what can be learnt from this sad tale of Indian hockey? Are the lessons same as those from the happy story of Brazilian soccer? Which story make the lesson more graphic and useful?

Can businesses use any of this knowledge for the changing business landscape?

What is changing in the business landscape that makes transformation necessary?

Is there a better method for business transformations?

We will address these questions in the third and final blog in this series.

How Far Would You Go To Make Your Supply Chain More Secure?
How To Choose The Best Consultants For Your Project
What is the Most Effective Strategy to Massively Slash Shipping Freight Costs?
Unique Supply Chain Challenges of Oil & Gas Industry
Amazon spent $28B in freight costs last year. How well are they using their advantage?
Opportunities for Start-ups in Supply Chain Security