4 key areas of mistakes in IT deployment 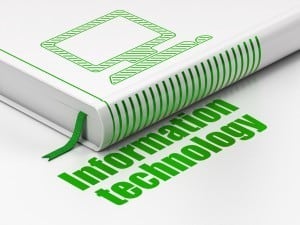 Although Information Technology systems have evolved over the past decades, failures are still frequent. Most IT systems fail because their implementation does not follow the process and the conditions that it should. The people in charge often realize it too late, when the process is already in place. In fact, they only realize it when the first results are available and are not as good as expected – if not worse. There are four major areas of mistakes in IT systems deployment.

The first crucial mistake is the strategy itself. Executives and managers usually set a strategy according to what happened before in their organization. Of course the past experience must be taken into account but it is not the only element that impacts on the future. Besides, tactical thinking predominates the IT and outsourcing strategy, which is a big problem because different people with different goals have to implement the strategy. Thus, they all try to serve their own interest when making a decision, which prevent the alignment with the business strategy. When it comes to the strategy development, another problem is the lack of visualization. They do not make good decisions because they focus too much on the short-term and they do not have a clear view of the future changes that will affect the organization after the implementation of a new IT system. Also, they do not make good prevision and it often ends with budget overruns because of the improper budgeting process.

IT Software and Service provider selection

After the strategy is decided, they have to choose between all the possibilities for their new IT system, which means they have to choose the software and the provider. However, this step is quite crucial because it will determine everything after that. The software must fit to the requirements of the organization. Besides, they must also analyze all the providers’ proposals, to determine if they correspond to the criteria. Beforehand, they must determine what criteria are important to their company. However, they often have unclear expectations of the providers they choose. Besides, it can also happen that they want a new system for the wrong reasons. Maybe they do not actually need it, or not this kind of IT systems, but they do it to follow competitors, or any other wrong reason.

IT Service provider Implementation and Integration

One cause of failures in IT systems deployment is the implementation step. Indeed, many mistakes appear during this step. This is mostly a matter of time and cost: it often takes more time than expected to finalize the implementation, which involves additional time needed and costs. Besides, because of the lack of visualization of future changes, they do not think enough about the training needed for employees who will use the new system. Indeed, they need to adapt to a new system, but training is generally not enough. Likewise, systems are not enough tested before being actually used, which will be the cause of unexpected problems later. All this lead to bad management because people are not prepared enough for this shift and systems are not tested enough. Thus, problems appear over the implementation process and after.

Because of bad implementation and not enough beforehand preparation and analysis, many problems keep happening while the IT system is in place. Although the system can work and give some good results, usually the capacities of the systems are not exploited fully. Besides, this is also due to insufficient data accuracy or completeness. More failures appear because of improper feedback mechanisms, which prevent from solving the problems noticed. You can find a more detailed approach about these four key areas of mistakes in Vivek Sood’s book, The 5-STAR Business Network (http://bit.ly/5-STARBN). by Anais Lelong